The private notebook app
with an option for intentional social media.

Client
Moleskine (Student project at General Assembly; this work is not endorsed by Moleskine, nor was anyone from the company contacted.)

Moleskine Smart Notebooks are part of the Moleskine + Collection, blending analog with digital to empower creativity and help you capture, develop and share ideas.

Problem / Opportunity
In this project we considered what a smart notebook app would look like if it had social media functionality. Honoring the brand’s heritage of literary and visual creativity, our group researched user needs to develop an app that builds on Moleskine's Smart Notebook line, and allows users to create intentional communities to share their work.

We interviewed six notebook users to gain a better understanding of how and why people keep notebooks, and when they are motivated to share, or why they might want to keep the notebook private.

Our sweet-spot is where social media needs and notebook needs overlap.

What are the driving forces behind the use of social media or notebooks? 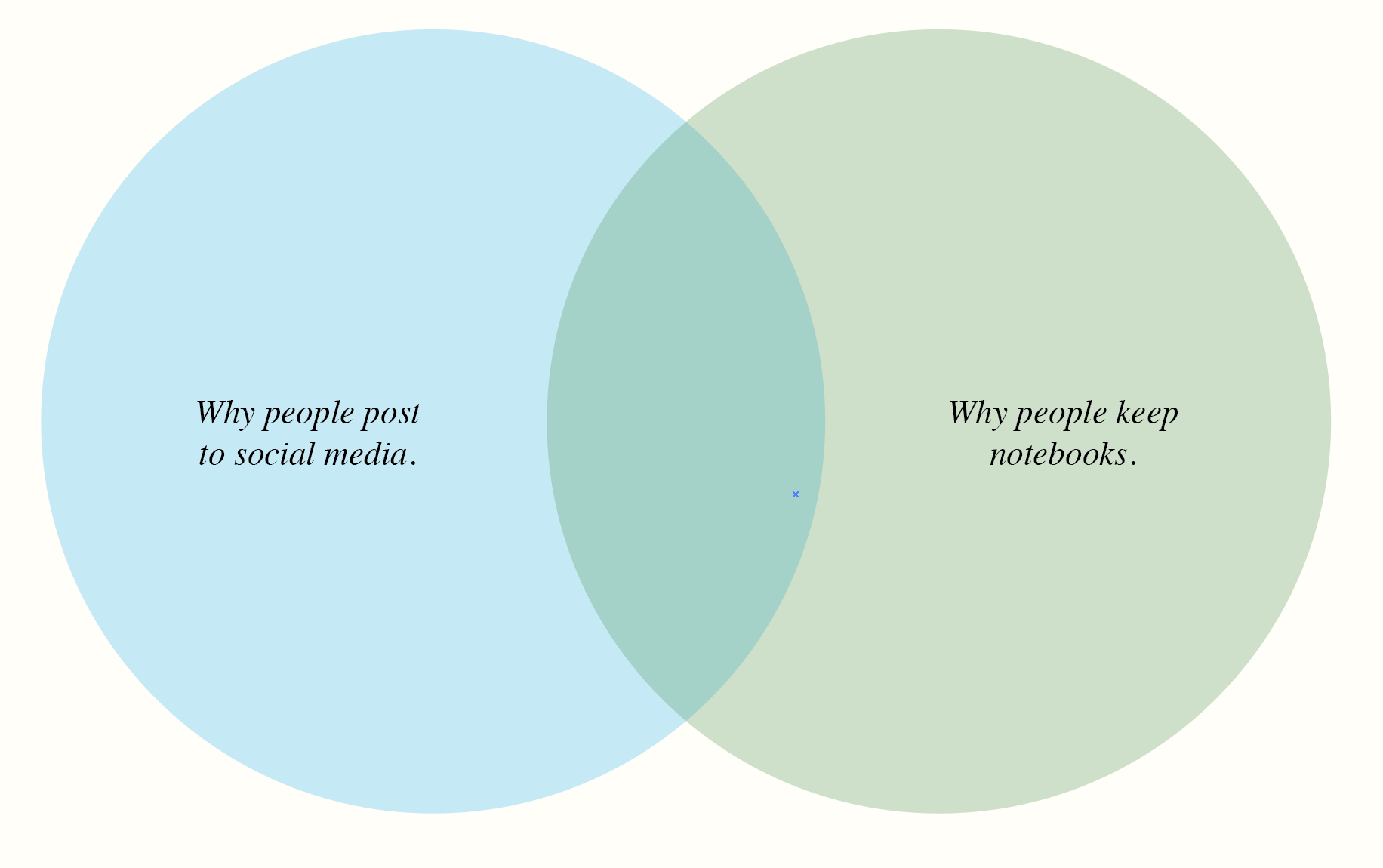 Our group recorded all of the research findings on sticky notes, and organized those notes into groups, a process called affinity mapping. This helped see larger trends that emerged from the research.

When asked about sharing work on in a public venue, users expressed an overwhelming sense of self-consciousness associated with unfinished work. Conversely, users, expressed an interest in being able to see the creative process of others. 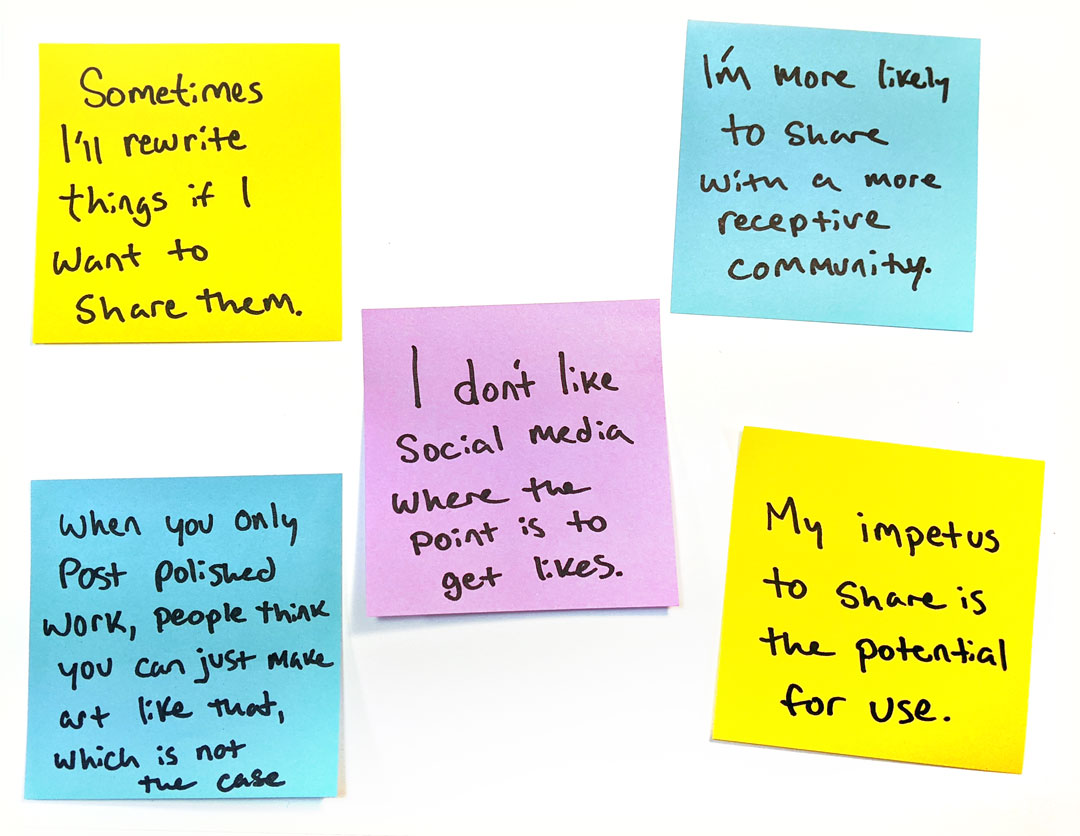 Bodhi is a persona, born out of the user research conducted by our team. Each personality trait, aspiration, and unmet need is representative of actual users.
‍
Bodhi is a creative small business owner who relies heavily on notebooks for the generation and sharing of ideas.

A detailed map of Bodhi's current user journey can be viewed [here] as a PDF. 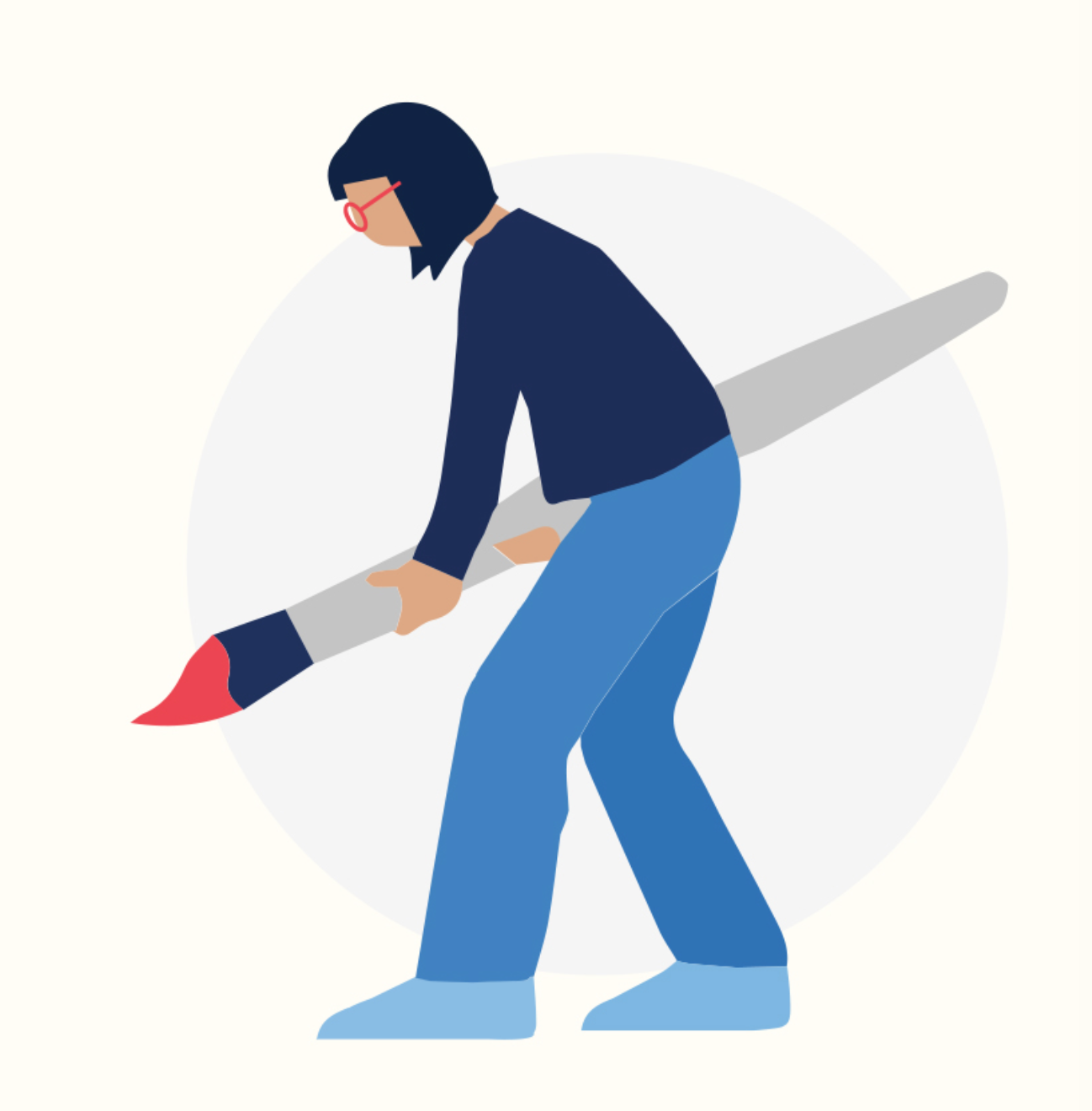 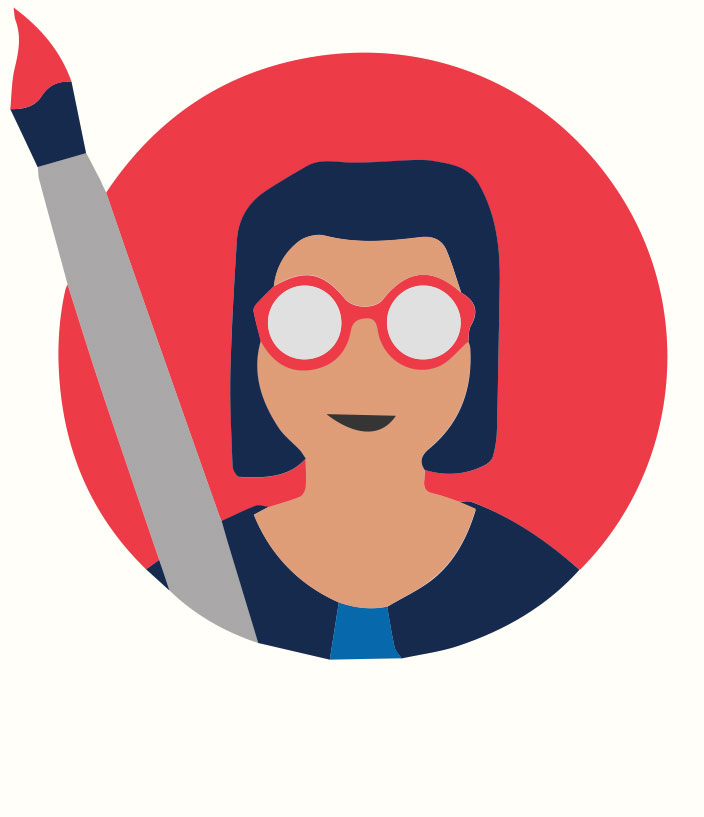 Bodhi enjoys the creative process, it's their jam. 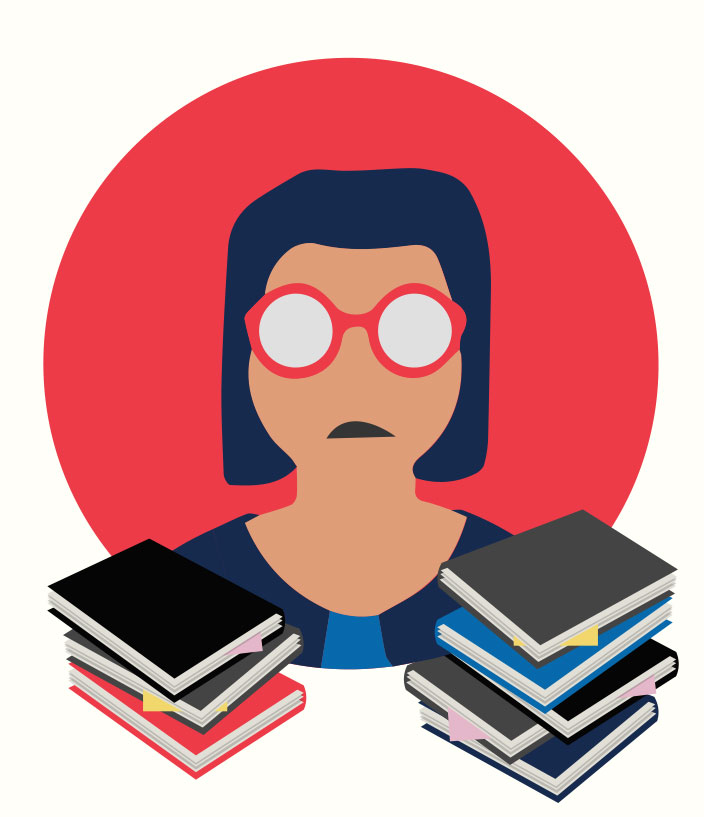 They keep a lot of different notebooks. Organizing everything can be a challenge. 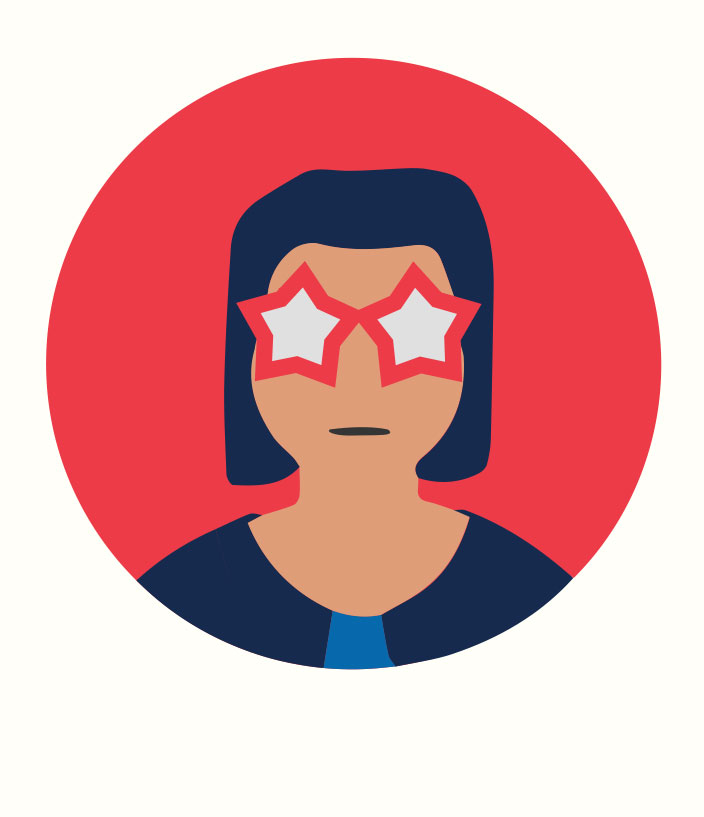 They like to be inspired by other's work, but find the level of polish to be intimidating. 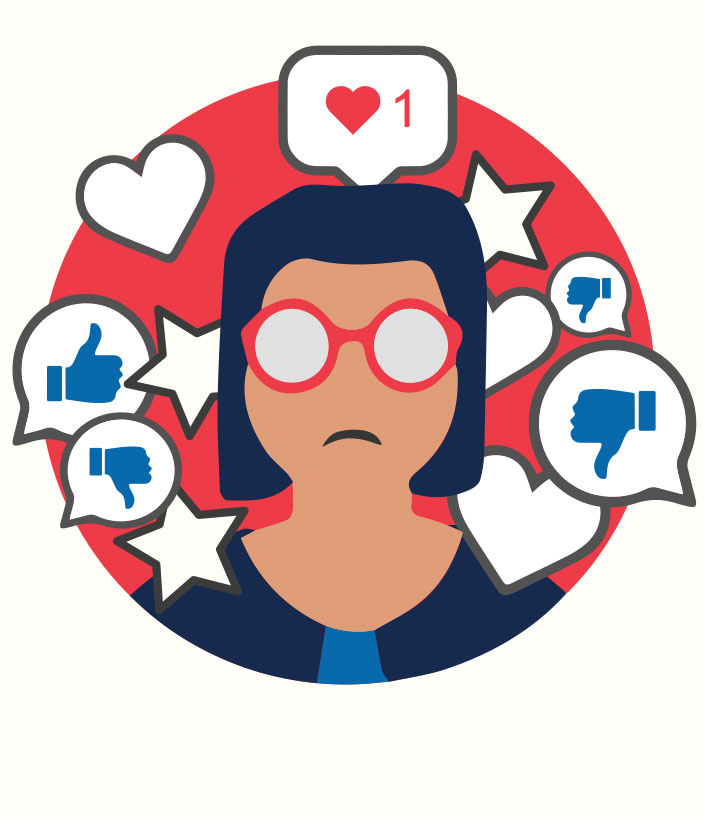 Bodhi doesn't like it when social media is all about the likes. 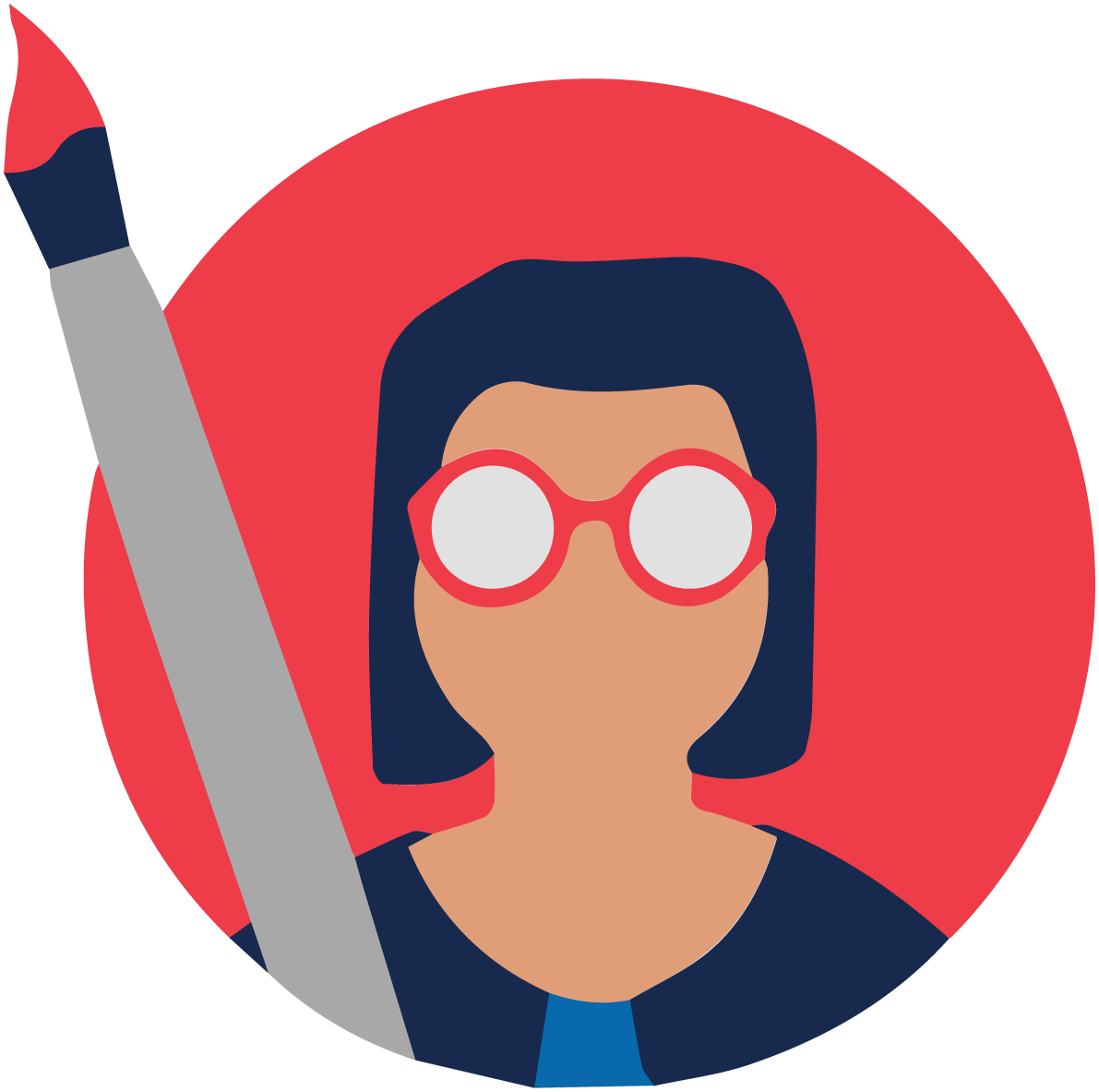 Bodhi wants to share their creative process so that they can cultivate a community that celebrates the joy and creativity in unfinished work.

At this point in the project our group had a shared understanding of what Bodhi needs to feel happy, safe, and useful.

With a shared understanding of Bodhi’s needs as a user, solutions emerged naturally, we were all on the same page with a general strategy to improve Bodhi’s experience. 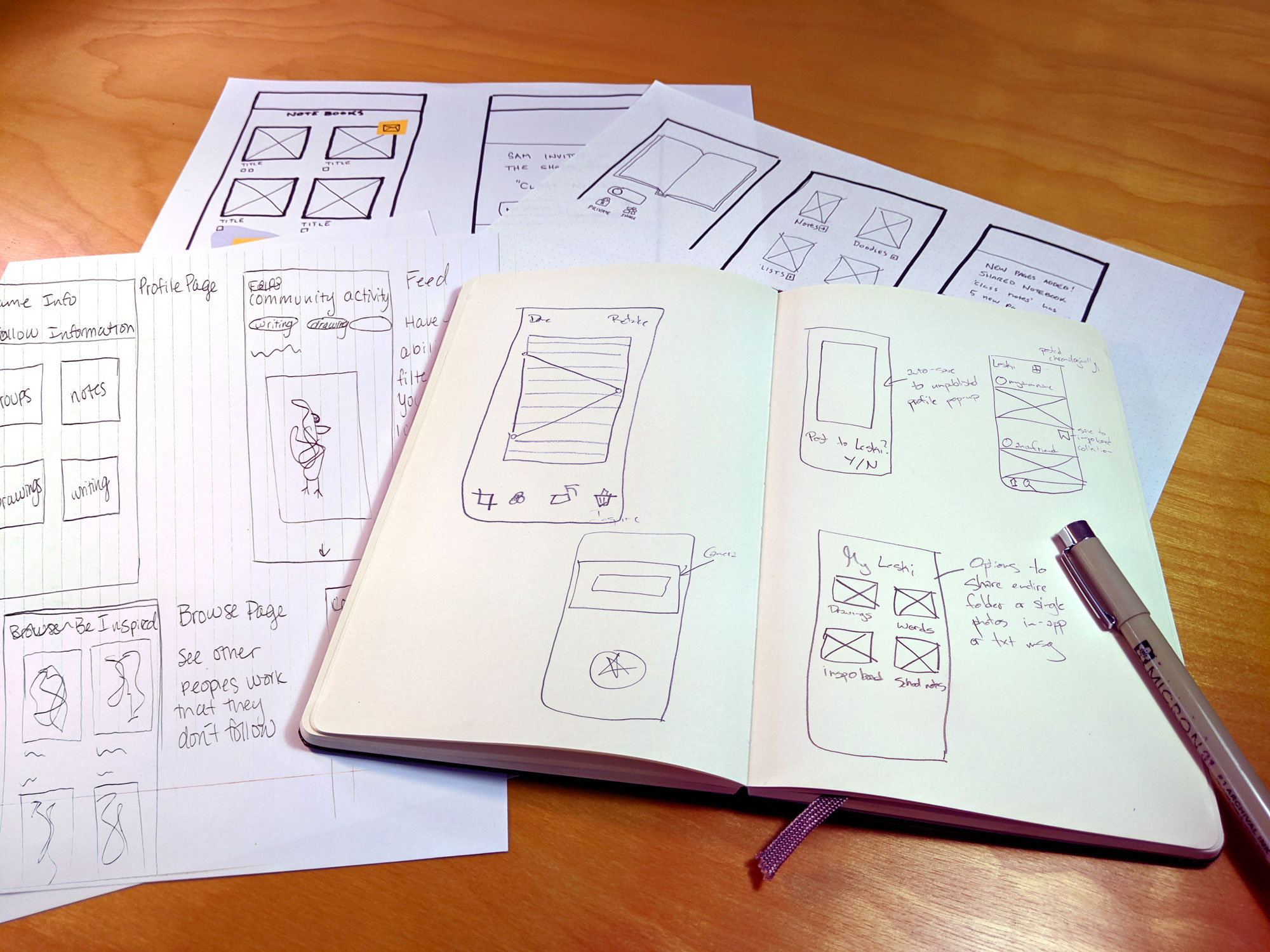 A low-fidelity clickable prototype was created, allowing our group to test out specific interactions.

Our first prototype was created to test two main points of interaction:The upload new page sequence, and the process for changing permissions on a page. 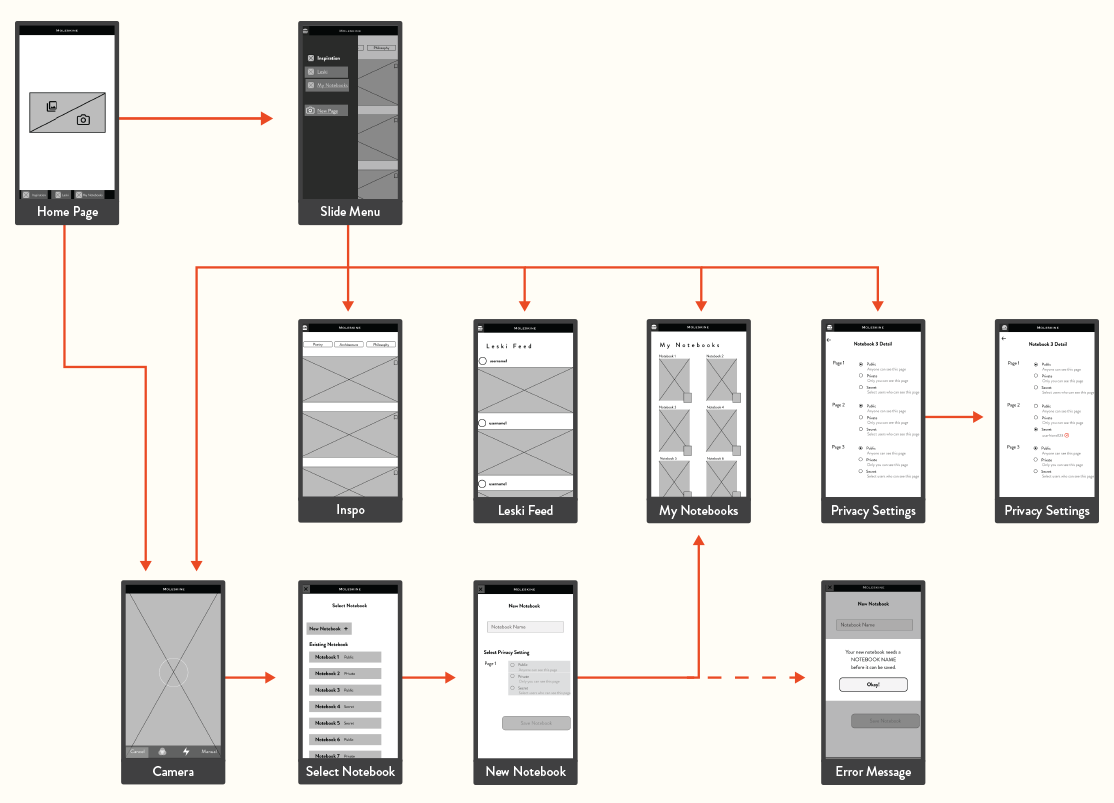 Prototyping
and Testing,
Round Two

Incorporating findings from the first usability test, and visual styling, our group made a second clickable prototype.
‍
This second test went much smoother than the first, only a few minor updates were needed for the final prototype.

Rather than having the navigation slide in from the side, we went with an always-visible bottom navigation, as requested in the first round of user-testing.

Privacy settings were simplified from a 3-tier system, to an easier to understand 2-tier system. Either content is public or private.

We also received feedback that some of the notifications were too fast and that they would like some sort of indicator that lets the user know where they are in the app. 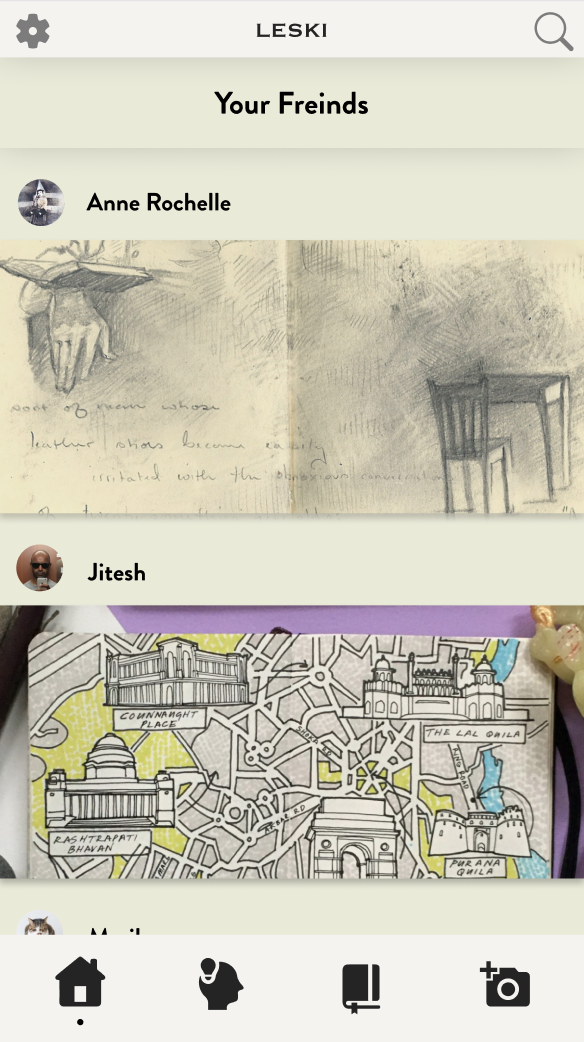 The final version of this prototype focused on two major interactions.

New Content
When uploading new content, LESKI is private by default, and comments are turned off by default.

This helps the LESKI feel like a safe space, where Bodhi can easily upload and organize their personal notebook.

Privacy settings are clearly called out with the open or closed notebook icons.

These settings are not only immediately visible to Bodhi, but they can be updated in just one click.

Comments on LESKI are also off by default. Bodhi doesn't necessarily want to hear from the peanut gallery on everything they post. But sometimes feedback is welcomed, and can easily be requested by turning comments on.

This exploration focused on interactions related to content uploading, privacy settings, and browsing. This project does not include: user profile pages, the onboarding experience, the settings menu, and other features such as anonymous posting, or keyword tagging. Each of these sections and features would need to be thoughtfully designed, tested, and refined.
‍
In addition, user research should be conducted to test the theory that the core LESKI features — content-first, privacy-by-default, and option to turn comments on — result in a safe community where users feel more comfortable sharing vulnerable content.